Project Novi Nis is a green and environmentally-friendly project. Everything started with our sustainable demolition process of 32 existing buildings that had to be removed before we started the project. During the demolition process, all building materials were dismantled from the existing structures, and not a single truck left the property with debris or materials from the buildings we demolished. 90% of the building materials from previously existing military structures have been separated and donated to numerous social groups and individuals, while the rest has been saved for future usage within the new buildings.

Novi Nis will be LEED for Neighborhood certified by the U.S. Green Building Council, the most widely used sustainable building rating system in the world.

Besides other benefits, this means that all buildings in the Novi Nis mixed-use project will use less water, energy and ultimately be more cost-effective for its future owners and occupiers.re.

As a mixed-use development located on the former military base ”Bubanjski heroji” that dates back to the Ottoman Empire period, this 15 hectare site is located in the center of Nis. As a vibrant urban center in the south of Serbia, Nis is an ancient Roman crossroads city that is centrally located near Sofia, Skopje, Thessaloniki and Belgrade.

This military-civilian conversion project will include 250.000 m2 of retail, office, multi-family residential units, medical, university, art and creative space all within the same land parcel. When completed, Novi Nis will be the only mixed-use project in Southeast Europe that will actually give residents the full opportunity to live, work, study, socialise and shop without leaving the property.

Future residents of Novi Nis will have a unique opportunity to enjoy an environment that has over 1,200 mature trees that were saved, measured and numbered. Instead of cutting down most of the existing trees on site to increase building density, we decided to design a master plan that gently works around, and saves, as many trees as possible. 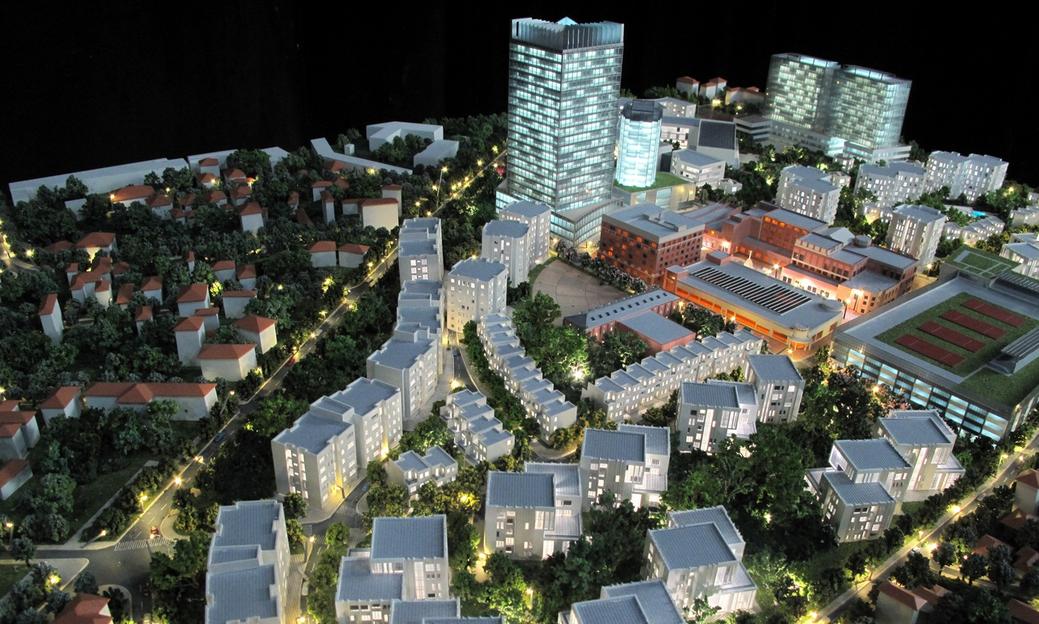